You know what they say about coffee breaks: They're a great way to procrastinate and avoid doing actual work.

But do you know who first made the "coffee break" a thing?

That would be this dude. 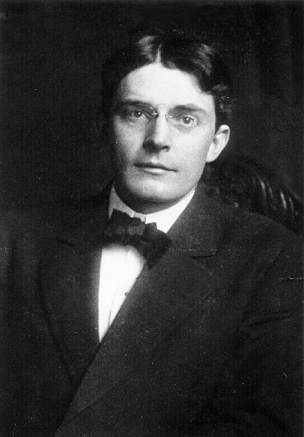 John B. Watson. A behavioral psychologist of the 1920s and 30s who through a twisted series of events ended up landing a career in the world of advertising.

He used his charisma points and understanding of classical behavioral conditioning methods to come up with some famous advertising campaigns for companies like Pond's Cold Cream and Johnson & Johnson. Oh, and Camel.

Before Watson, there was no such thing as a coffee break.

Workers in the 1950s toiled away for hours on end—toiling, toiling, and then toiling some more—with nary a coffee mug in sight. Well, actually they still took breaks. Probably more than we do, actually.

But Watson came up with an ingenious ad campaign with a series of very 1950s-style ads that urged people to "Give yourself a 'coffee-break' ...and get what coffee gives to you!"

(Honestly, I think they could've dropped that second part. But what am I, a marketer?)

The ads were a huge success and the coffee break was born.

The Dawn of "The Coffee Break"

Suddenly, the generic breaks that people had long drank their coffee during were upgraded with a newly-minted name; a name as sleek and shiny as a new B-47, yet as brash and bustling as The Lawrence Welk Show.

Out with the old mumbo jumbo, the superstitions, and the backward ways! The term "coffee break" had officially entered the lexicon.

Watson's "coffee breaks" made it just as socially acceptable as it had already been for people to enjoy a strong cup of joe on their 10 or 20 (lol, the past) minute breaks.

And soon, the phrase "coffee break" started being used for any short break from work.

Which is why we now have coffee breaks to help us stay energized and productive throughout the day—just like we did before.

The AeroPress is ideal for any coffee lover looking for a rich and smooth cup of coffee without acidity or bitterness. Special Offer bundle. Get an AeroPress brewer with your choice of two pounds of Black Insomnia whole bean or… read more

And so, my friends, the next time you take a short break from your work specifically to indulge in your favorite caffeinated beverage, remember the fella who made it all possible.

And I don't mean like one of those shitty streaming documentaries with a name like "The TRUE Mad Men," or "The REAL Real Housewives" or "The ACTUAL Frasier".

Thank you, Watson. Thank you.

I'd still probably drink coffee on my break anyway. But it never hurts to be reminded that a break is a great opportunity to indulge in my favorite drink, relieve some stress, and boost my productivity.

So take a break, make some coffee, and think about the inventor of the "coffee break!" And maybe buy me a cup while you're at it. I take mine with no sugar. Sometimes with a little bit of 2% milk. Or almond milk works, if they have that. Thanks!